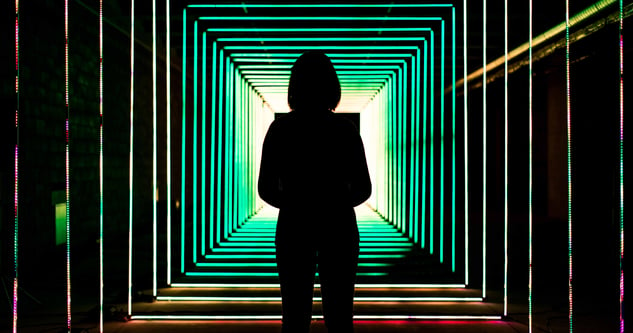 2–My network should be composed of people with whom I share similar expertise or who are in my industry.

Professor Herminia Ibarra refers to our preference for relationships based on common interests and experiences as ‘lazy and narcissistic networks’. In her 2016 HBR article, she explains that many people claim that networks should form ‘naturally’ with people we perceive as similar. But how does homogeneity workout in biology? From crop failures to royal bloodlines. It’s a vulnerability, at best. The whole point of networking is to gain insights and contacts that you could not otherwise access.

In fact, it is the information brokers who link otherwise-siloed ‘clusters of experts’, who are, by far, the most effective networkers and valuable contacts. Paul Revere and William Dawes are a popular allegory referenced in this article and by Malcom Gladwell in Tipping Point. Both men, who shared similar backgrounds and means, rode out to alert the colonists of the British invasion. Only one man was an information broker. Guess who knew who else could relay the message rather simply grab a musket, if they even had one?

3–I literally cannot network because I [insert life].

Jon Morrow is widely considered to be the best blogger in the world. Morrow has suffered from Spinal Muscular Atrophy since he was a toddler. He cannot move any part of his body below his neck. To receive government assistance necessary to afford $100,000 in annual medical expenses, Morrow was forbidden from earning any meaningful income. So, Morrow built a multi-million-dollar empire and defined an industry by working for connections, networking, instead of cash. Networking. And let’s be clear here, it’s a global empire. Hundreds of millions of page views. A multi-millionaire. It’s unlikely that a quadriplegic man living on government aid was physically attending many events. As Leon Tranter notes in his blog post detailing extraordinary Morrow’s story, this is not intended to shame. It’s intended to inspire.

There are countless valid reasons why you may be physically unable to attend networking events. From the kiddos' taekwondo, to a disability, to your right to prioritize whatever you want in your life. No judgment. We’ve all been there. Or maybe, we’re standing just to your left, out in the dark too.

If you’re not able to do certain types of networking events, find other venues. Beyond demonstrating the exponential value of networking, Morrow shows us that leveraging your constraints can be the best business move you’ll ever make.

You’re not the only person who simply can’t do evening networking events. Look for a breakfast club or lunch event. Or, start your own event for the other people facing similar limitations. Start a Slack channel. Get familiar with a one of the many virtual meeting apps. Mine your online networks. Twitter friends IRL?

4–Intentional and instrumental networking is manipulative and selfish.

No. No. No. First, networking should be strategic, because it’s value must be a two-way street. Approached with the intentions of longevity and reciprocity, networking is anything but manipulative.

Professor Ibarra cites a study on the almost diametric split in perspectives on networking between senior and junior professionals. Junior professionals felt uncomfortable with strategic networking, because they felt that they held the role of supplicant. Ahem, imposter syndrome is real. In contrast, senior executives were confident of their ability to reciprocate value, and thus had no qualms about pursuing instrumental connections.

Ibarra suggests that if you are uncomfortable about being able to reciprocate directly, consider approaching networking with the intent of providing value for your team or organization through the expansion of your personal network.

5–Equality is great and all, but diversity-and-inclusivity-oriented networking events don’t make a real difference.

Say what? But, yeah, people say it. They. Are. So. Wrong. It doesn’t even warrant editorializing.

Here’s a small sample of the quantitative data from a study that obliterates that cynical, defeatism. The study was conducted by bestselling authors Shawn Achor and Michelle Gielan in collaboration with the Conference for Women. Check out the link to learn more about the benefits of D&I-oriented networking events. It’s important and empowering. And they're speaking to allies as well.

The study followed 2,600 working women across functions and industries for one year after attending the Conference for Women. To minimize bias, the control group was composed of women who had signed up for the conference but had yet to attend.

Achor & Gielan in collaboration with the Conference for Women, 2018. Harvard Business Review.

Or, click here to tell us what you’re looking for in a future networking event.