2019 panel on gender diversity in the workplace

As part of Women’s History Month celebrations at Vertex, IWILL (Inspiring Women in Leadership and Learning) sponsored a panel on gender diversity with some of Vertex’s top executives. IWILL co-chair Mary-Lynn Fulton explained that IWILL was the first of four Employee Resource Networks (ERN) at Vertex and that IWILL focuses on “attracting, retaining, and developing women at Vertex, particularly into leadership roles.”

Trish Hurter, PhD, executive sponsor of IWILL and an instrumental figure in launching the ERN, moderated the panel. The table below has more information about Trish and the panel participants.

Diversity and inclusion = Better performance
And not just in the marketplace…

In preparing for this panel, one of Trish’s first questions was “What's in it for men? And why? Why would men want to support us and why would they want to be allies?”

Trish: “There’s a website called MARC, which is ‘Men Advocating for Real Change’. And there is a really fascinating article on that website written by a man about what's in it for men. And it was a real eye opener to me. And, you know, there have been studies done that show that, for example, when you have a more egalitarian relationship—where men and women are more equal in terms of their work responsibilities around the house and on the job—that those couples are happier. And they stay married longer, and their children are more intelligent, and they are richer, and every other good thing happens.”

Kym: “No matter how creative, no matter how smart, you need that diversity around the table to get it right and know your audience.”

Trish: “Just because somebody's not like you, you should really still listen to their opinion. Because the fact that they are coming from a different perspective and a different background than you, they can maybe pick up on something that you didn't pick up on.”

Trish: Studies have shown “that when you have inclusive leaders—and inclusive leaders, generally speaking, are people who have more so-called ‘acquired diversity’; which means they’ve just seen more of the world, speak more languages, traveled more, and had more experiences in their life—and more inclusive leaders tend to let everybody speak up, everybody share their thoughts, and encourage them to bring their ideas to the table.”

Trish: “Making the workforce more inclusive means that the whole company's going to do better. It's great if people, everybody, supports diversity. Especially if we can get allies where, for example, people that are not necessarily gay support PRIDE; and people who are from all different ethnic backgrounds support VIBE (Vertex Includes Boundless Ethnicities); and people who are not women support women. I think the more that we do that, the better it will be for the company.”

Mentors are a must-have

Reshma: “I'm a strong believer in mentorship largely because I've personally been the great beneficiary of excellent mentorship.

There were so many times that I thought I knew what was going on, and actually, I really didn't understand the situation or thought the complete opposite. And having this person be able to serve as a guide, and as somebody who's been through it, or somebody that sits in different circles and can explain or understand things differently, was key to my career, and to my ability to advance.” 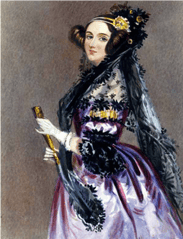 Michael: “I was listening to a book on tape called The Innovators by Walter Isaacson … does anybody know who Ada Lovelace was?…Ada Lovelace was probably credibly the world's first computer programmer. She lived in England in the 1830s, 1840s, and she had all the ingredients for success – a passion for science and math, a good education, and support from her family; but she also had proximity to somebody who was trying to make the world's first computer…So what she did, which was very different for that time, is she sought a sponsor—she reached out to him and asked to partner with him. And she explained why she would be the perfect person to partner with.

Michael: “This was kind of an ‘Aha!’ when you think about all the ingredients you have, but how you pull them all together and work collaboratively to achieve really great things.

Have a specific ask for your specifically selected mentor

Michael: “It was a couple of years ago that unexpectedly, a colleague came into my office and said, ‘You know, I really want you to help me with something.’

Kym: “What I like about your story there is there's real specificity to the ask. And I think what can be hard about mentoring is that sometimes it's not clear what each party wants out of the relationship…

Kym: “There's a difference between mentoring and advocating. Mentoring is more behind the scenes coaching, one-on-one…

I think what a lot of people really need are advocates, the people who have your back during the day. And that’s not always the same thing as mentoring, and it doesn’t always come from the same person. They might, but, but maybe not.

When I think about people who have been advocates for me, whether they're men or women, they're the people who have kind of voted for me and said, ‘she can do it’…or they've told me I can do it when I'm not so sure that I can.”

Nia: “Earlier in my career when I was a scientist, I would be in meetings where I would speak up with what I thought was a good idea that was met with only lukewarm reception. Then a few minutes later a man would say something similar and everyone would say, ‘That’s a great idea.’ What I learned was to just speak louder, which I do now, but I also learned the value of having an advocate in the room to partner with me and say, ‘but she just said the same thing’.”

Reshma: Collectively, if we’re in a meeting, and a woman just said something and then a guy just says the same thing, I am okay calling you out on it…

Take the ‘I’ out of your ask, and focus on the work

Let the work be your guide. Sometimes the ‘I’ part goes along with it, and you end up advocating for yourself, but it’s helpful to pull back from that and focus on the content.”

It’s not all coordinated initiatives
Some of the biggest shifts happen as
casual, in-the-moment exchanges in daily life

Michael: There was a great article written by five Vertex authors that discusses implicit bias, and how it truly is implicit. When you experience bias from a colleague, you have to start with the belief that your colleague actually doesn't want to be that person. And if they don't want to be that person, if you believe that, then they will value your help in addressing that blind spot.

Learn more about Vertex’s commitment to diversity and inclusion

Find out about the co-author of this article and one of Vertex’s D&I community partners: WEST: Women in the Enterprise of Science & Technology