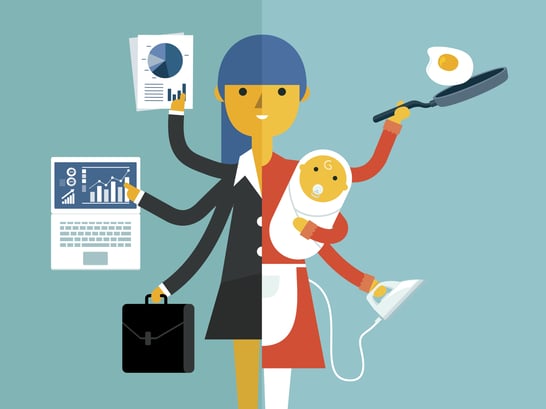 What is Gender Parity?

Gender parity concerns relative equality in terms of numbers and proportions of women and men, girls and boys, and is often calculated as the ratio of female-to-male values for a given indicator. In every level of education and career, there is little gender parity across all STEM fields. Especially when considering the gender pay gap, where women make about 80 cents to every dollar men make. A New America article discussed that women-led tech companies received about $1.5 billion in investments in 2016, compared to $58 billion received by tech companies led by men.

What gains have been made?

In Massachusetts, gains were made when the Paid Family Leave Act and the 2019 MA Equal Pay Act were written into law. Paid family leave still does not exist in 42 out of the 50 states in the United States. This country is one of the only countries that does not offer legally required or employer guaranteed Paid Family Leave. The Paid Family Leave Act helps both employees and employers because employees can continue to get paid if they have a new baby at home, if they have a serious health issue, or if a family member has a serious health issue. Since women often take on greater childcare responsibility, many women are now able to continue making strides in their careers after having children.

Listen to these Insights from Michelle Obama

In an episode of The Michelle Obama Podcast, Working Women: Valerie Jarrett and the Importance of Mentorship, she discusses the importance of mentorship, balancing work and family, advocating for yourself, and having more women in leadership roles. Michelle Obama says in the podcast, there is “importance of having diversity in leadership” and “women bring a different perspective to the workplace that is important and relevant.” Michelle and her mentor, Valerie Jarrett, reflect on their lives as black women working in public service. They talk about their own experiences when they were afraid to speak up for themselves, even when they were in positions of leadership. Women are often afraid about what their bosses might say if they speak up. Advocating for yourself is a sure way to get into more leadership positions.

“We don’t want women to be like men. That’s not what we’re fighting for. We’re not just fighting for women to put on suits and to dawn the habits and perspectives of men to be accepted as leaders. We need that feminine energy, that perspective, that approach."  – Michelle Obama

If you are interested in listening to more of the podcast, you can access it here on Spotify.

We hope you are excited to join us on 9/30 for a Gender Parity Panel Discussion! Join us for our other upcoming events, including, Making Better Decisions on 10/6, The Likeability Trap Book Club on 10/7, and Building Trust in Your Team on 10/14.